Carnival! Nairobi is an international cooperation project conceived by Cherimus and Koinonia Community (Nairobi, Kenya) in collaboration with Amani ONG. The project invited three groups of young people living on the streets to create, starting from their dreams, a new carnival, a parade through the streets of the Riruta-Satellite neighborhood in Nairobi. The idea of reinventing a carnival in Nairobi was conceived in 2009 by Okada Buluma, now the project coordinator of Koinonia Community, and Marco Colombaioni, visual artist and co-founder of Cherimus.

The Carnival aims to give children and young people who live in the street the tools to express themselves and the space they need to develop their talent. It aims to encourage them to value their dreams and make them tangible, to center their own voices, and to claim their own beauty, reaffirming it within Kenyan society. In addition, the project aims to fight the prejudice that most of the city has towards these children and young people, who are excluded and discriminated against. The artists Derek MF Di Fabio, Matteo Rubbi, and Emiliana Sabiu have organized a series of workshops in parallel with the activities for the rescue of children by the Koinonia Community educators who, since 1995, have focused on the reception and rehabilitation of children who live in the street. In the first months of each year, in fact, Koinonia educators visit groups of children in the streets of the city, spend time with them and offer them the opportunity to enter the rescue centers, where the children can receive first aid, detox, and begin a path of recovery and education. During the Carnival, the artists, supported by educators, worked closely with three of these groups of children and young adults living in the streets of the neighborhoods of Kawangware, Mtindwa, and Ngong. The kids, with their creativity, have imagined and shaped actual floats starting from their dreams: a flying matatu; * a Chinese-dragon-matatu made of stitched or painted fabrics and bamboo; an enchanted forest made of drawings and multicolored umbrellas that recall the flora and fauna of the suburban area of Ngong; a hardware store whose tools (which take the form of huge collaged flags) also have superpowers; and house floats, a recurring dream of the children. The carnival floats were made by the children with local materials found by searching among neighborhood markets, hardware and timber stores, and paint shops; local artisans and professionals collaborated to work on the more demanding structural parts. The parade of the first Carnival! Nairobi started the morning of April 14th and followed a path of more than 7 kilometers, through the middle of the very popular district of Riruta-Satellite. The heart of the parade were the three floats created by the children during the street workshops, but other organizations of the city also joined the parade, which actively involved the whole neighborhood. The parade turned into a party once the procession reached the Riruta Stadium, where all the participating groups and organizations filled the day with songs, dances, and acrobatics.

Darajart Artists in Residence was also organized alongside Carnival! Nairobi. The writer Ibrahim Nemhe, from Beirut, Lebanon, and the musician Luca Garino, from Turin, Italy, were the guest artists for the second edition of the artist residency.
Luca Garino worked closely with the three groups of children and teenagers who live in the street, as well as the children of Anita’s House Rescue Center, to create the soundtrack of the Carnival in close collaboration with the artists and musicians of Magalink Ent Production Studio in Nairobi, who have also experienced life in the street. The music produced was then broadcast by the floats during the parade on the day of the Carnival. Ibrahim Nehme worked with both the poets he met in the different groups involved in the project as well as those he met by chance in Kabiria Road (where the artists were staying). He imagined the creation of a platform that could testify to the rich and multifaceted poetry scene in the peripheral neighborhoods of Nairobi, despite its poets being unknown and lacking the resources to grow. One of the poems produced here, composed by Byub, a Kenyan poet, was the focus of a new card game designed to both expose the player to the poem and bring forth the poet that, according to Nehme, is inside all of us. 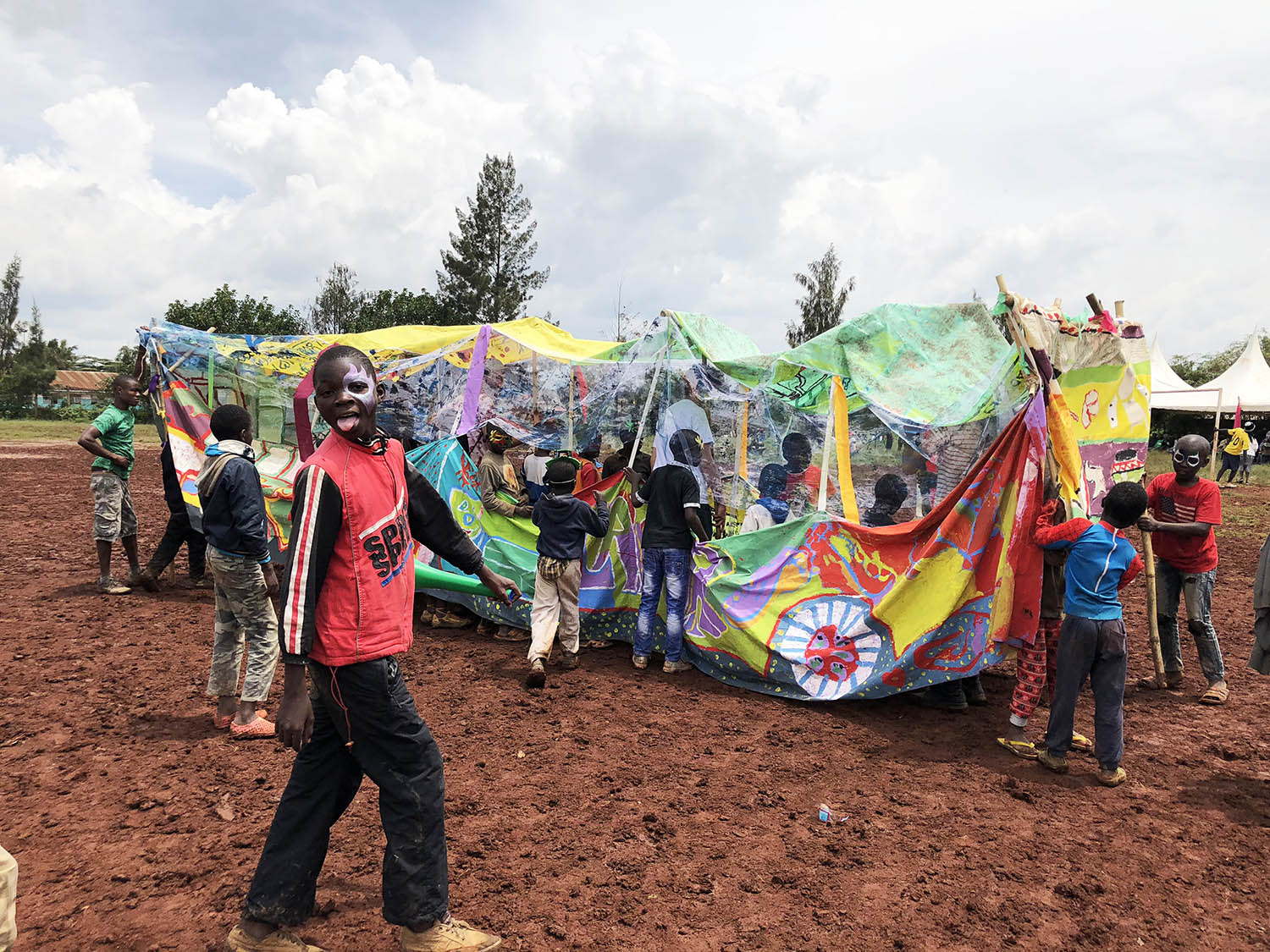 The idea of organising a carnival came up from some talks Marco and I had when I was in Italy between 2008 and 2009. Marco used to go around to visit Milan’s art galleries and he often took me with… 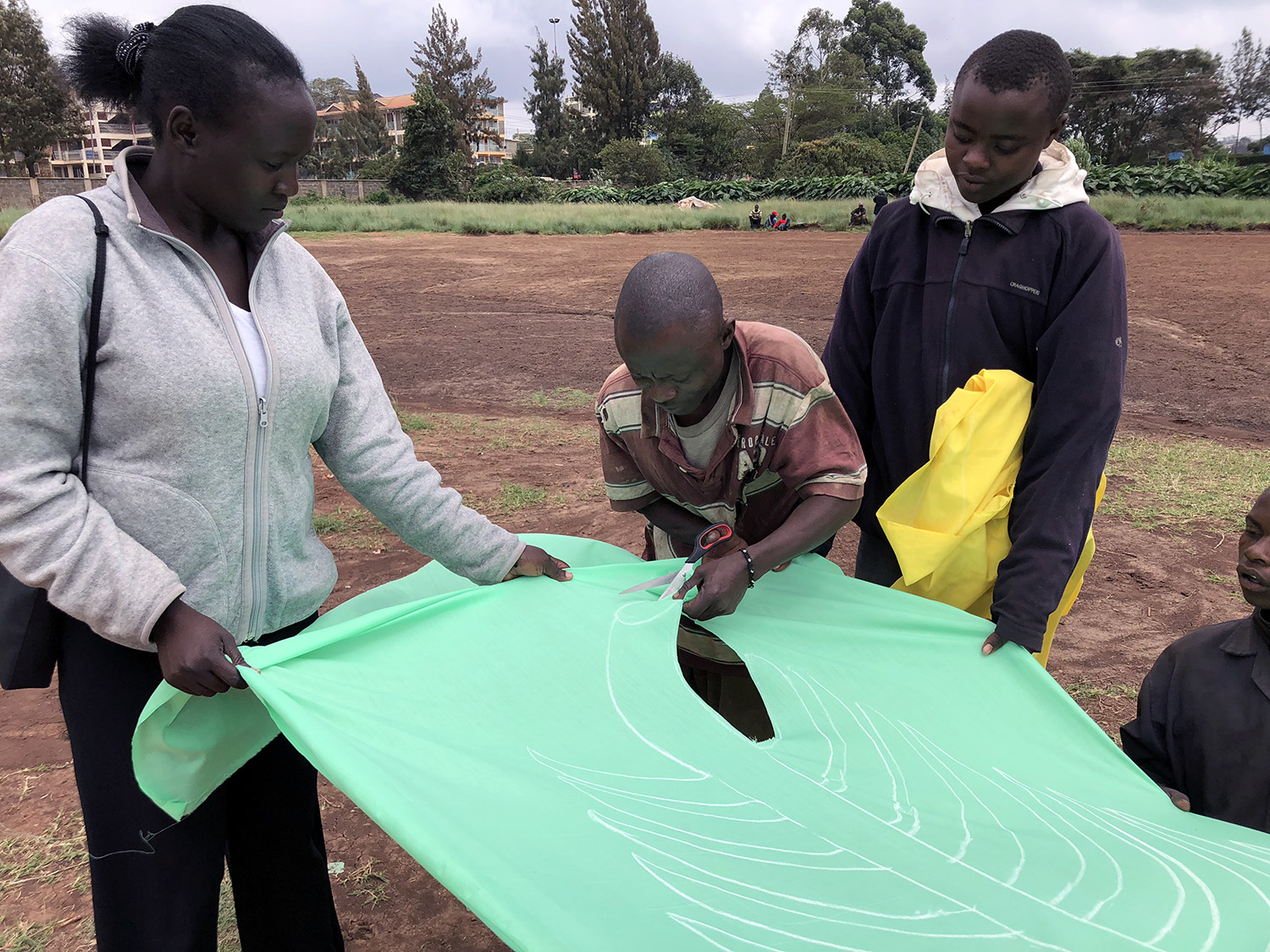 During an afternoon break between one workshop in Ngong and another in Kawangware, I went with Ibrahim Nehme, writer-in-residence of the Darajart project, and Elisa Simoncelli, filmmaker and volunteer at Amani for Africa, to Mother House, one of the rescue centres for… 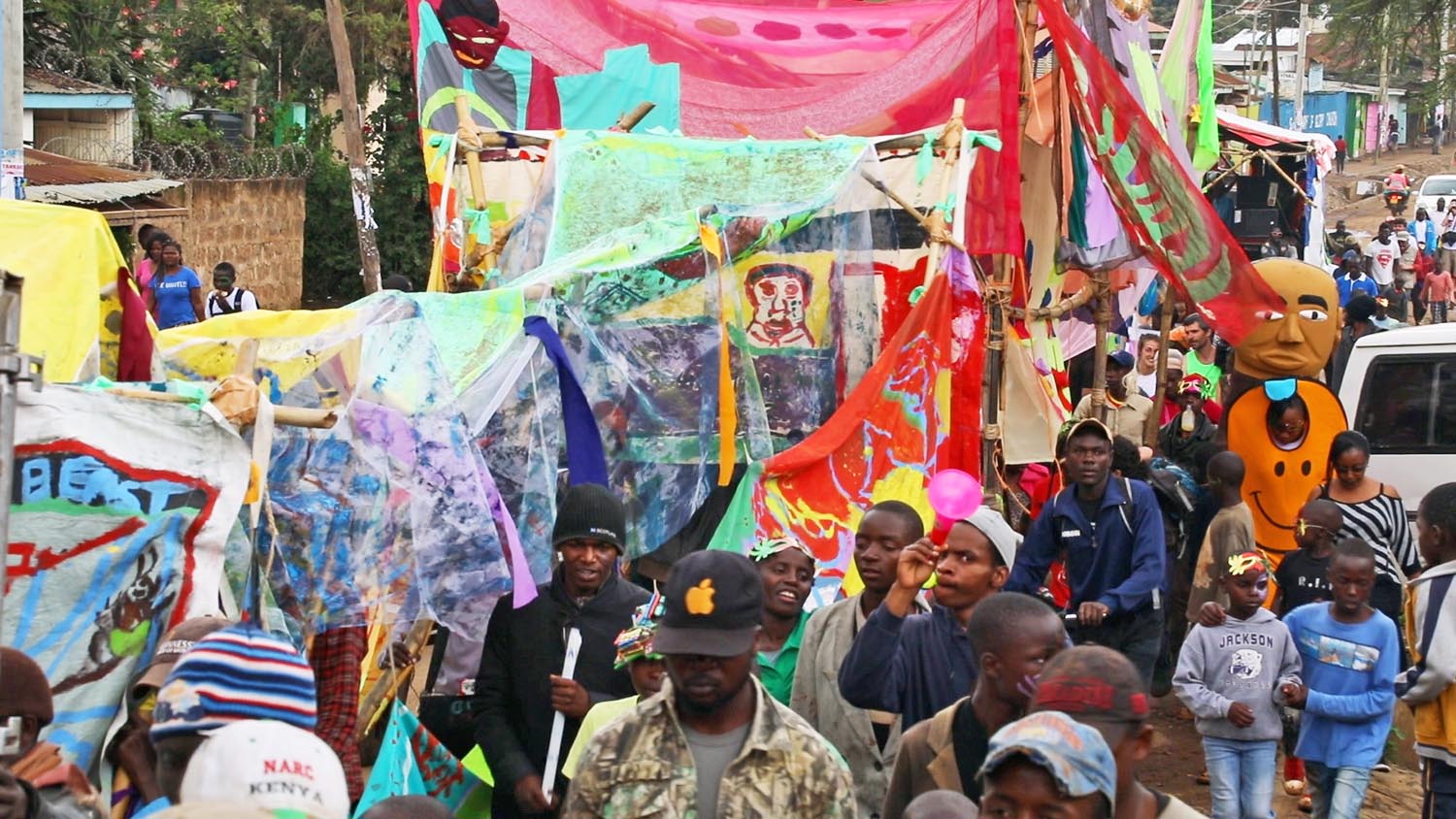 A matatu can fly, or almost: carefree, skipping traffic, light and levitating, passengers, engine, tires, transmission and muffler included, made of thin fabric and light. A hardware store can also fly, in the wind and in the sun: plates, shovels,…